Derek’s interest in working in timber stems from a childhood spent watching his father and older brother build a succession of timber yachts on which he sailed as crew.

Being regarded by them as too young to usefully assist in the construction process, it was many years before I came to start working timber myself.

I am attracted to modern form and design – starting with Art Nouveau, but particularly Cubism, Art Deco and Bauhaus and, later, Abstract Expressionism – most of the Modernist styles.  Engaged by the mid-century modernist design style, I have adopted, revived and adapted examples of it into timber wall ornaments with an Australian/European flavour. Some are based on old designs which have become neglected, others are original.

A prominent feature of Derek’s designs is the impression of fluidity and motion created from a group of static objects. He achieves this by the combination of the shape of each object; their arrangement in relation to each other and the addition of depth and shadow by off-wall mounting.

It is the design which determines the overall appearance and effect of the works; though the choice of timber is also part of the design process. I generally use Western Australia’s unique timbers though also some exotics. Western Australia has a wide variety of Eucalyptus with colours ranging from Jarrah’s deep red to Blackbutt’s creamy white. Banksia, Casuarina and Melaleuca add further possibilities in texture, grain and colour.

When you view Derek’s website you will see his Travel Blog, which illustrates the various travels that have informed his interest in Art, Architecture and the Natural World, and provided stimulus for his design choices and production. 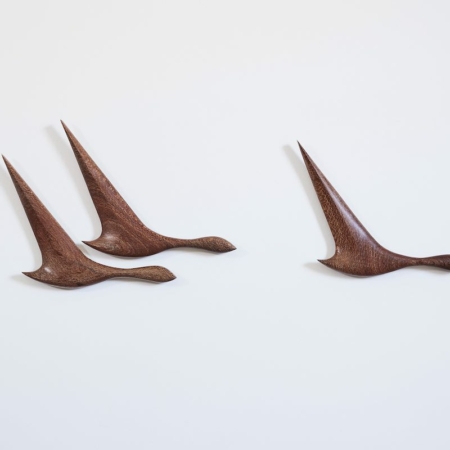 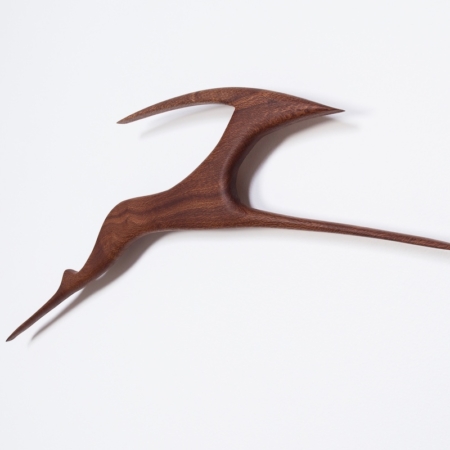 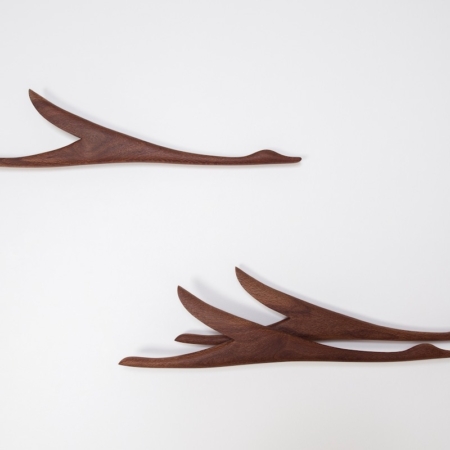 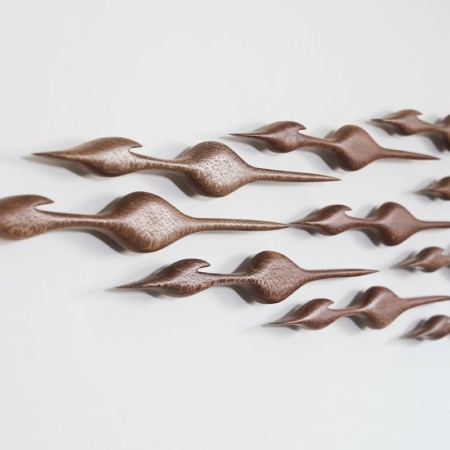 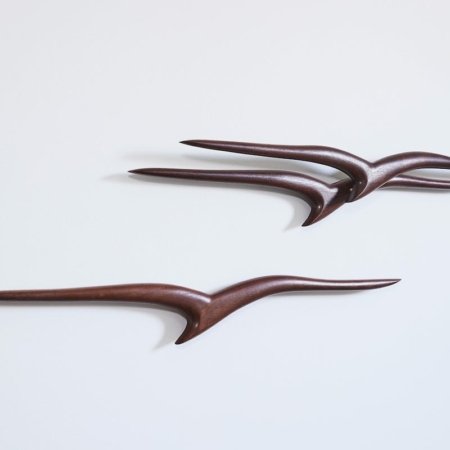 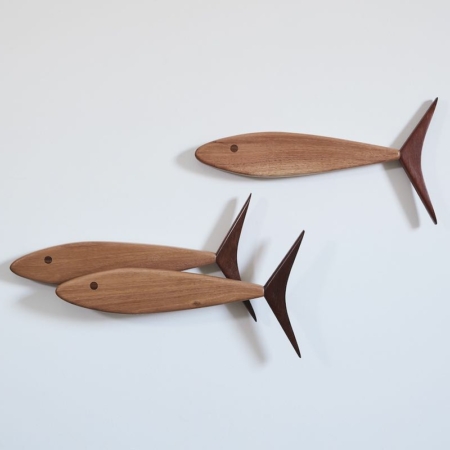 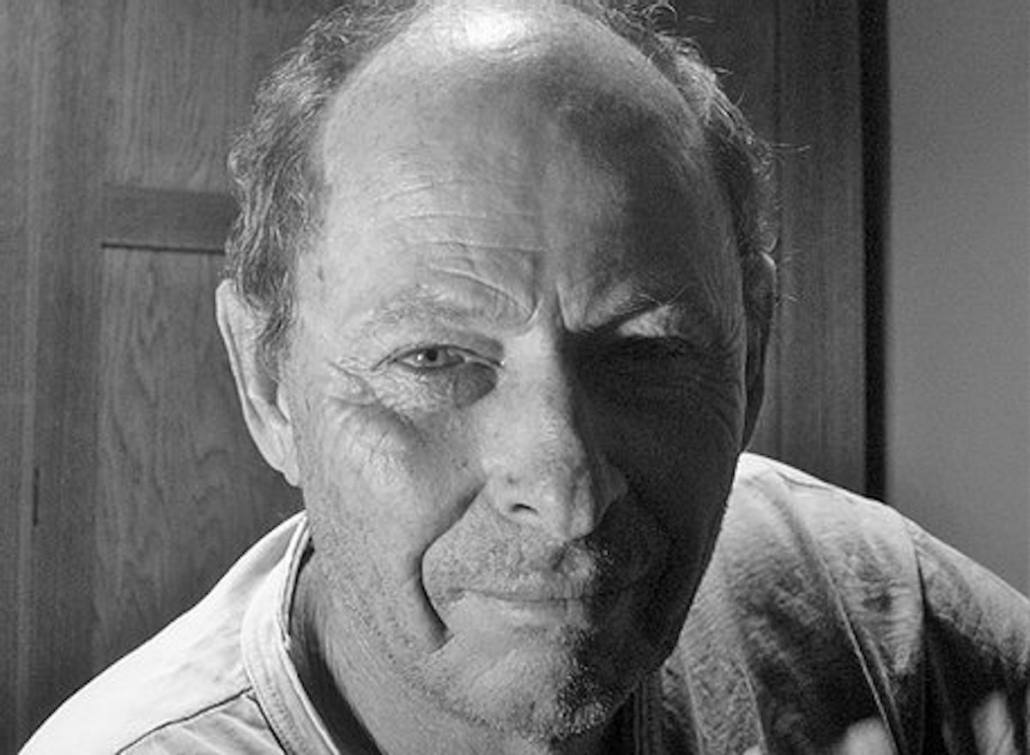 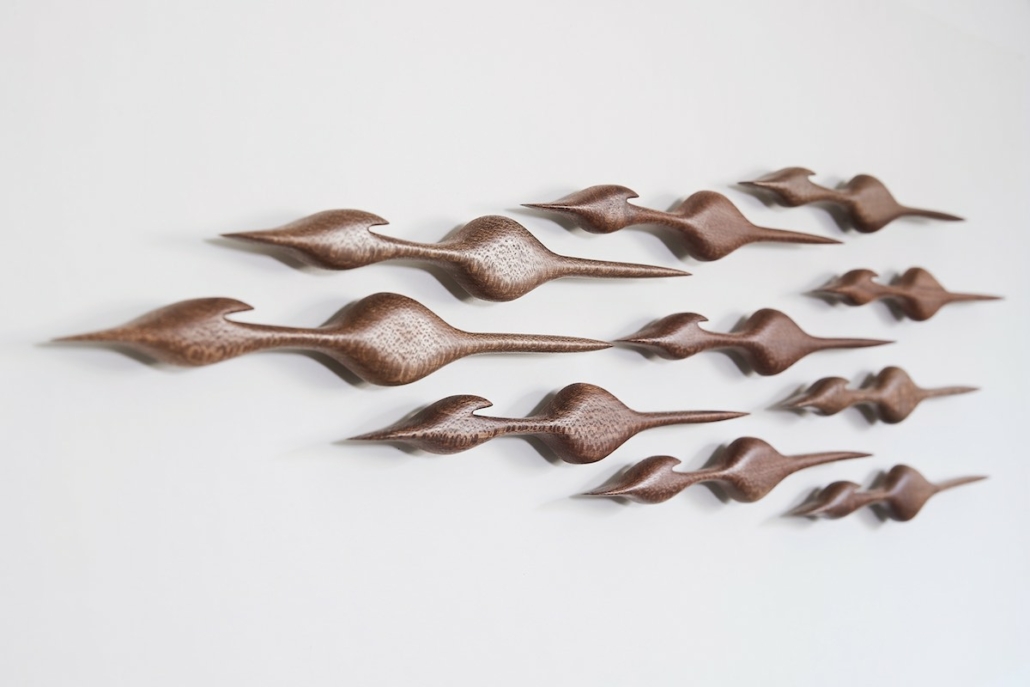