Elaborate Costumes Send a Message of Breaking Free from Slavery and Racism with Optimism and Hope.

It all began in the summer of 1958 in West London when racial tensions grew in the Afro-Caribbean community. Riots went on for three days with over 100 people getting arrested over the bank holiday weekend.

In 1959, the human rights activist, Claudia Jones who was also a Trinidadian journalist, decided to organise an indoor Caribbean carnival to bring all the communities together. That’s when the ‘concept’ of the Notting Hill Carnival came about.

Fifty-four years later, it is the second largest street festival in the world attracting up to 2 million visitors from all over the globe and contributing around £93 million to the UK’s economy, annually (but not this year, as the Carnival is cancelled in 2020).

Every year, around 15,000 costumes are handmade for the carnival parade. Taking over a million hours to create, the main message behind these elaborate costumes is breaking free from slavery and racism, while the music represents the life left behind by the Caribbean community after the emancipation of the freed African slaves from the Caribbean.

This short film The Craft of Carnival, commissioned by the Crafts Council (UK), goes behind the scenes with Mahogany Carnival to discover the craft that helps make it a success each year.

The Craft of the Carnival was featured in the 2017 edition of Reel to Real: The Craft Film Festival.

Submit your short film for the Makers’ Film Festival 2021 – and tell your community’s story. Calling now for submissions from all countries of the Indian Ocean, Australia and New Zealand. 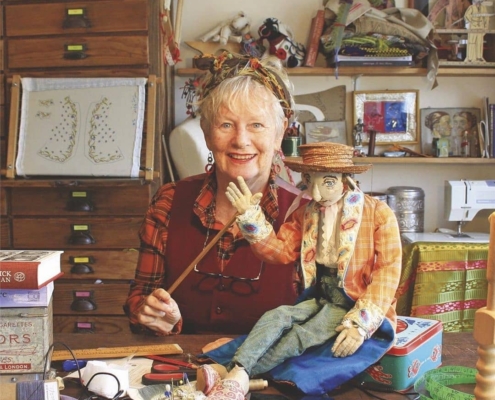