Black Oak to soothe the heart and hand. 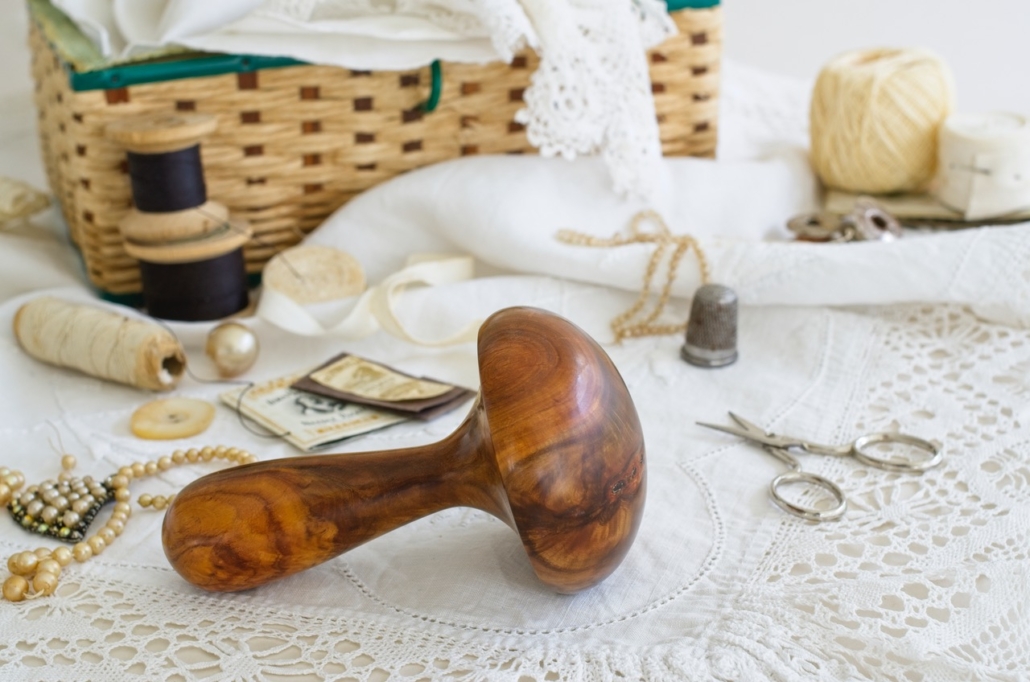 Bespoke Darning Mushroom by Turner+Turner; cut and turned from the heartwood of a block of Black Oak (photo: Suellen Turner).

I am beyond excited to receive this darning mushroom; it is so silky smooth I could hold and caress it all day long (quite therapeutic actually!). Essentially it was a commission. When I needed to darn my son’s sock (an ‘heirloom’ sock, as my mother knitted it and she passed away in 2012), I realised that I don’t own a darning mushroom. (My mother had several, but they are packed away in a trunk on the other side of the world.)

I had a quick look online and certainly I could source a mass produced, garishly painted mushroom or a hand-turned egg from ‘over east’. However, having recently uploaded Turner+Turner to our Directory, I ventured to ask Neil and Suellen Turner if they happened to make such a thing. A flurry of emails determined what exactly a darning mushroom is and also that it was not in their product list.

But Neil, always up for a fun side project, away from his extremely labour intensive sculpture work, was keen to indulge my wish.

The ink had barely dried on the initial email when Suellen returned a photo – Neil had already turned the ‘shroom. (See the photo above.)

Apart from this being a beautiful functional object and probably one of the most fun and fastest of commissions I’ve ever pursued, it’s been made even more joyous by the fact that Suellen shared the story of the wood from which Neil cut the ‘shroom. Read on…

“We swap dry jarrah boards with a college in Kalgoorlie and in return we receive beautiful goldfields timbers. Black Oak (Casuarina pauper) has a brown/black heart with a large cream sapwood and is REALLY REALLY hard! Found around water in the Goldfields region it wasn’t accessible until these water areas receded. Neil has cut your mushroom block from the heartwood.”

This will certainly be an heirloom piece to cherish. Which handmade heirloom do you hold dear? Have you commissioned any handmade items lately?

Now… to darn that sock, and a pile of other knits! 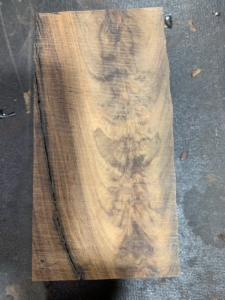 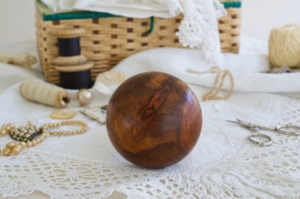 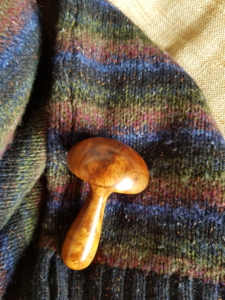 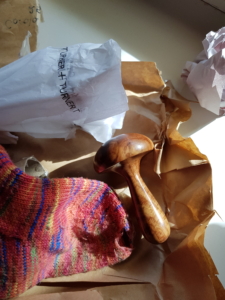 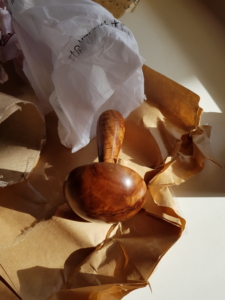 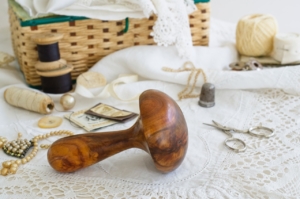 We recently had the pleasure of meeting Sara & Kat

Oh, my goodness, have we got news for you! Pierre

Speaking of goldwork... many of you will remember

No images available at the moment

We recently had the pleasure of meeting Sara & Kat

Oh, my goodness, have we got news for you! Pierre

Speaking of goldwork... many of you will remember