Justine visited us in August 2019 to deliver Hand & Lock classes in haute couture embroidery techniques, not commonly taught in Western Australia, such as Goldwork and Tambour Beading.

Justine Bonenfant, originally from northern France, is an embellishment designer and embroidery artisan. Following a fashion degree at Esmod International, Justine assisted designers in Marrakech and London. Whilst researching fabric in Milan and Paris she developed a fascination with handcrafted textiles. This led her to the prestigious Lesage School in Paris to improve her knowledge in hand embroidery, from Luneville to silk-shading.

Through her work, Justine experiments to translate these timeless embroidery techniques into contemporary design, for example combining plastic with precious gold. Justine has also worked with luxury design houses, including Ralph & Russo and Jasper Conran.

Scroll down for more… 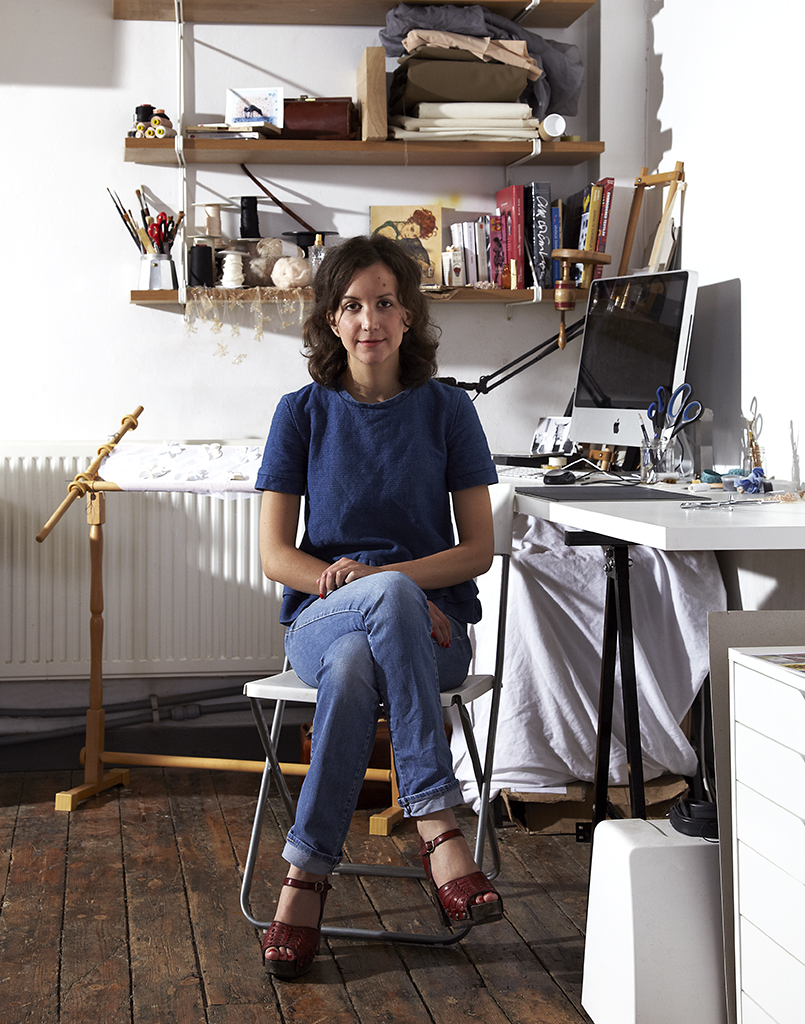 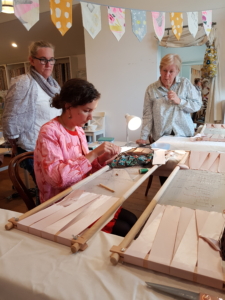 Justine highlights in a short & sweet Q&A her inspirations and her desire to see better acknowledgement of the many skilled artisans who contribute to the fashion houses and who rarely get a mention.

Ed Ayres interviewed Justine for ABC Radio National’s The Arts Show while she was in Perth.