CONGRATULATIONS to the Prize Winners of the Favourite Film of the 2021 Makers’ Film Festival.

We are delighted to announce the Favourite Film of the 2021 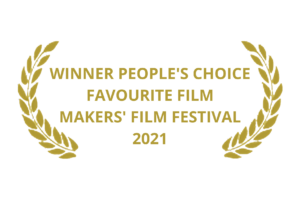 Makers Film Festival (MFF) …. Congratulations to lead artist Susie Vickery and film-maker Emma Vickery. Their film ‘Peregrinations of a Citizen Botanist’ was unanimously voted by audiences as the favourite film of the MFF21 program of 24 short films. There’s sadly no statuette or red carpet but there is a $1000 prize.

The film is about the making of Susie’s exhibition of the same name, the story behind it and the other makers she collaborated with. If you are in WA, you have the lucky opportunity to see the exhibition as it tours regional centres. See Art on the Move for dates and venues – currently at Carnarvon Library and Gallery.

The runners up were equally placed: ‘A Measure of Time’ about glassmaker Clare Belfrage directed by Randy Larcombe , ‘Confluence’ featuring ceramicist Warwick Palmateer, a film by Matthew Bettinaglio, and ‘A Brief History of the Earth’ about Josephine Jakobi, produced by Angela Truscott and Daniel Truscott of Fibre Arts Take Two. Other popular films were: ‘Winterwares’ about Sim Nabholz and ‘Death Silks’ about Em McGuire, both made by Rae Fallon (who won favourite film in 2019 about Neil Turner); ‘Transformation 10’ about Melissa Cameron, made by Michael Pisano; the animation ‘ The Housewarming’ by Emily Toke, and ‘Leaving LA’ – the animation by Tee Ken Ng and others for Tim Minchin’s song of the same name.

We have been fortunate to host master classses and workshops with Susie Vickery, and many of you would have enjoyed her installation at Fremantle Arts Centre in the exhibition ‘Curiosity & Rituals of the Everyday‘ for IOTA21. 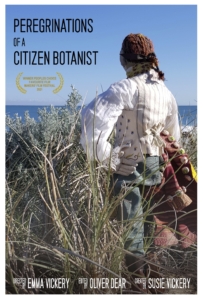 ‘Peregrinations of a Citizen Botanist’ is a ‘making of’ film that looks at the historical research behind the exhibition (of the same name) which charts the adventures of a time travelling naturalist as he returns to Australia 227 years after first landing there. Jacques-Julien Houtou de Labillardiere was a French botanist who journeyed to

Western Australia in the 18th century. Susie Vickery, theatrical costume maker and embroidery artist, ponders the idea of Labillardiere making an imaginary second visit, during which he gradually becomes one with the native plants around him. In the 10 minute film, we follow how his new journey is created and illustrated by a puppetwho moves through several costume changes and sets. We meet the people who collaborate with Susie to bring the exhibition together: milliner Susi Rigg, set builder Nathan Crotty, Aboriginal nature consultant Adellamay Ryder, and natural dye expert Holly Story. Lead Artist + Producer: Susie Vickery Director: Emma Vickery Cinematography: Laure Bernard Editor: Oliver Dear

Submissions are open for MFF23

We are looking for films with a strong creative narrative. And to bring together a collection that illustrates the breadth and wonder of craftspeople’s lives, skills, environments and materials from across cultures anywhere in the world.

All genres are encouraged, from documentaries, to story-led films to hand-made animation. We are keen to see a range of approaches in both craft and film-making. Maker & Smith encourages submissions from every corner of our community and which celebrate the diversity of life.